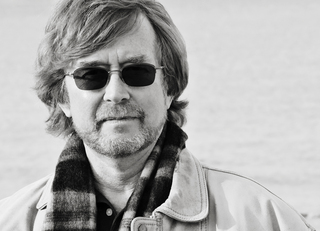 Joe Jackson, standing before some unidentified body of water. The photo was taken before his disappearance and alleged rebirth as a pirate.

Biography, or "What Little is Known"

Joe Jackson is the author of seven works of nonfiction and a novel. His nonfiction includes: Leavenworth Train, a finalist for the 2002 Edgar Award for Best Fact Crime; Dead Run: The Shocking Story of Dennis Stockton and Life on Death Row in America, with co-author William F. Burke and an introduction by William Styron; A Furnace Afloat: The Wreck of the Hornet and the Harrowing 4,300-mile of its Survivors; A World on Fire: A Heretic, an Aristocrat, and the Race to Discover Oxygen; The Thief at the End of the World: Rubber, Power, and the Seeds of Empire, one of Time magazine's Top Ten Books of 2008; and Atlantic Fever: Lindbergh, His Competitors, and the Race to Cross the Atlantic, released by Farrar, Straus & Giroux in May 2012. A novel, How I Left the Great State of Tennessee and Went on to Better Things, was released in March 2004.

His seventh work of nonfiction -- Black Elk: The Life of an American Visionary -- was released by Farrar, Straus & Giroux in October 2016; it chronicles the life of Oglala Lakota holy man Black Elk, best known for his 1932 Black Elk Speaks, written in collaboration with the Nebraska poet-laureate John Neihardt. Jackson's biography received the following honors and awards in 2017: Winner of the PEN/Jacqueline Bograd Weld Award for Biography; Winner of the Society of American Historians' Francis Parkman Award; Best Biography of 2016, True West magazine; Winner of the Western Writers of America 2017 Spur Award, Best Western Biography; Finalist, National Book Critics Circle Award for Biography; and One of the Best Books of 2016, The Boston Globe.

Jackson holds an MFA from the University of Arkansas and was an investigative reporter for the Virginian-Pilot newspaper in Norfolk for twelve years, covering criminal justice and the state's Death Row. His journalism has resulted in the acquittal of a man wrongly convicted of murder, the federal investigation of a jail in which sixteen prisoners died of medical neglect, the investigation of federal agents for misconduct, and the recantations of two men whose testimony helped send men to Death Row. He was the writer-in-residence at the James Thurber House in 2001, and the Mina Hohenberg Darden Endowed Professor of Creative Writing in the M.F.A. creative writing program at Old Dominion University in Norfolk, Virginia. He is working on a narrative history of the Spanish-American and Philippine-American wars, for which he has followed in the footsteps of several historical subjects through Cuba, Puerto Rico and the Philippines; the manuscript for this is due in May 2020. He lives in Virginia Beach with his wife and overly exuberant dog.

These, at least, are the official facts. But there are many unsubstantiated rumors. Jackson has been sighted in the Amazon and Africa, on Virginia's Death Row, in the midst of a revolution, on a South Sea atoll east of Papua New Guinea, and in innumerable dusty archives all over the world. Or has he? There are apparently many Joe Jacksons, past and present, including a Major League outfielder who preferred going barefoot, a vaudeville clown, a Virginia homicide captain, the father of a doomed and talented pop star, and a prolific British singer. The latter, especially, has often been confused with the Writer Joe, and their books are often listed together in various uncomprehending search engines. In order to establish provenance the two fought a series of duels in the late 1990s and early 21st century. Yet they were too evenly matched, and today both men sport a number of scars from the saber, rapier, and bastinado.